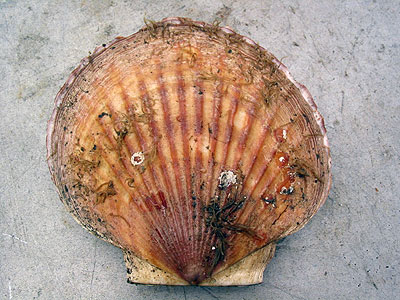 The Council reviewed the 2017 SAFE report for Alaska weathervane scallops. The Council’s SSC set the ABC at 1.161 million pounds of shucked scallops, a level equivalent to 90% of the OFL, and consistent with the ABC control rule for scallops. While the ABC is specified federally for the entire stock, guideline harvest levels (GHLs) are established by ADF&G for the State’s scallop registration areas and districts. Constraining harvest to the GHLs is facilitated by State monitoring of fishery CPUE, and districts are closed to scallop harvest when catch rates fall below established minimum performance standards.

More than 85% of the total Alaska scallop harvest occurs in the Yakutat and Kodiak registration areas.  Catch rates have been variable among those areas with increases occurring in Yakutat, but decreases in Kodiak.  Declines have been strongest in the Shelikof District of Kodiak and the State lowered GHLs there by about 30% (105k lbs to 75k lbs) in the 2015/16 season. While overall declines have occurred in statewide scallop harvest over the past seven years, revenue has been stable.  The stock status of Alaska weathervane scallops is not viewed as a conservation concern since scallops are distributed in many areas that have been closed to fishing to protect crab populations and in areas not defined as commercial beds.  Staff contact is Jim Armstrong.