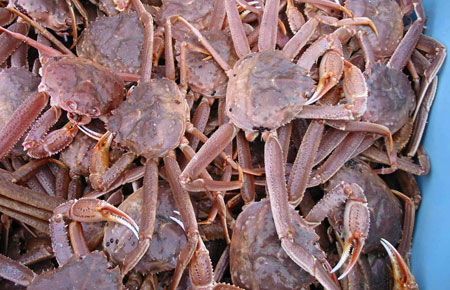 The discussion paper showed that nonpelagic trawl and pot cod effort has generally declined since 2011-2012 in the statistical areas of concern. A possible exception is the arrowtooth flounder trawl fishery that appears to have increased effort in 2016 and 2017. Effort in those years, as measured in the discussion paper, was greater than in all years except 2011. Nevertheless, the variation in Tanner crab PSC in groundfish fisheries appears to be most strongly related to the ADF&G estimates of Tanner crab abundance, rather than fishery effort.

The Council chose to take no further action on this issue at this time. Developing an electronic monitoring program for trawl CVs in the CGOA, which is a Council objective underway through the Trawl EM Committee, should help improve the precision of current Tanner PSC estimates, and also assist in determining if observer effects are a consideration for this issue. Staff contact is Jim Armstrong.