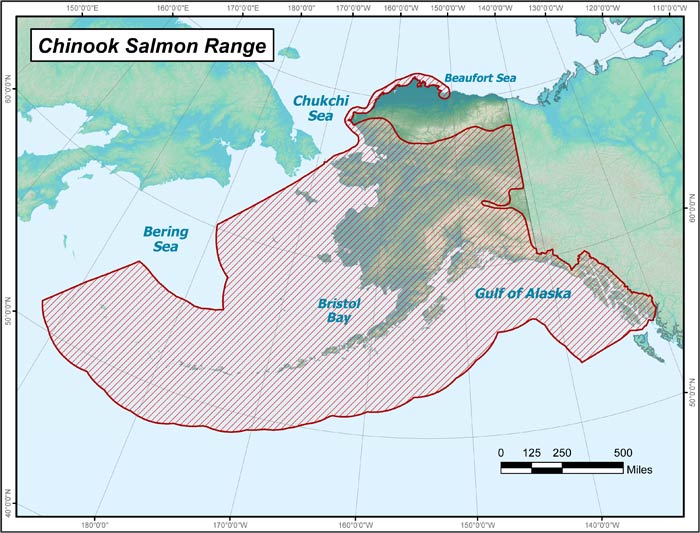 The Council took action in 2009 to recommend a new approach to managing Chinook salmon bycatch in the Bering Sea pollock fishery under Amendment 91. This new approach combines a limit on the amount of Chinook salmon that may be caught incidentally with incentive plan agreements and performance standard to reduce bycatch. This program was designed to minimize bycatch to the extent practicable in all years, prevent bycatch from reaching the limit in most years, while providing the pollock fleet with the flexibility to harvest the total allowable catch. This program was implemented by NMFS for the 2011 fishery. Previously Chinook salmon bycatch had been managed in the Bering Sea through triggered time and area closures and most recently by a fleet-managed rolling hot spot (RHS) bycatch avoidance program. The amendment analysis for Amendment 91, information on historical Chinook salmon bycatch trends, incentive plan agreements and other information on Chinook salmon bycatch management and monitoring can be found at http://alaskafisheries.noaa.gov/sustainablefisheries/bycatch/default.htm.  The Council is considering modifying this program as well as additional management measures for non-chinook (chum) bycatch.  Currently, chum salmon bycatch is managed using an industry-run rolling hot spot (RHS) program which uses real-time data to move the fleet off areas of high bycatch weekly. New measures as well as modified measures for chinook salmon bycatch will be considered in 2014.

Other documents presented to the Council in conjunction with salmon bycatch actions and prior amendments for management of salmon bycatch are included by year below. Staff contact is Diana Stram: 907-271-2806.